BOONE—Appalachian State University officials talked today (Sept. 9) about two serious but seemingly unrelated incidents that have shaken campus in the past week.

One case involves missing freshman Anna Marie Smith, who remains unaccounted for after she was last seen on campus Wednesday, Sept. 3. The other incident is a reported sexual assault that occurred midafternoon Friday, Aug. 29, and was reported to University Police late last night (Sept. 8).

Speaking during an afternoon news conference held on campus, Chancellor Sheri N. Everts said that the entire campus community was focusing its thoughts on Anna Smith and her family, and working toward her safe return.

“Appalachian is a campus we love very much, and it is so difficult when we must face challenges like these, but we are also a strong and caring community, and we can and will take care of one another,” she said.

Speaking about the Aug. 29 sexual assault, she said, “I want to send a loud and clear message that those who are not willing to live by a code of mutual consent, respect and concern must hear the message they are not welcome in the community of Mountaineers.”

A female student reported to University Police on Monday that she was sexually assaulted on Friday, Aug. 29, around 1p.m. by an unknown male. The assault occurred in a wooded area near the tennis courts behind the athletic complex on the northwest side of campus.

The suspect is a white male in his mid-20s, 6 feet tall, weighing approximately 200 pounds with light brown hair and green eyes. The suspect reportedly has a buzz style haircut, scruffy beard and sleeve tattoos on both his left and right upper arms down to his elbows.

Anna Smith is the 18-year-old Appalachian who was reported missing Sept. 3. She is possibly carrying a bright blue LL Bean backpack that contains a blue ENO hammock. She also may be wearing a red or orange top and black leggings. Smith typically carries a red purse as well.

She has short red or blonde hair, blue eyes, and is 5 feet 9 inches tall with a slender build. She has nose piercings, a black and white sunflower tattoo on her upper right chest near her collar bone and Latin lettering over her lower left ribs.

Speaking about the missing person case, Chief of Police Gunther Doerr said his department had received countless hours of investigation support from local, state and federal agencies, including the State Bureau of Investigation.

“This is a very complex investigation,” he said. “We are utilizing all techniques including interviews, forensic examination of records, surveillance video analysis and any other available means to attempt to locate the missing student. Our goal is to find Anna.”

Members of Smith’s family attended the news conference and provided this statement about their daughter, which was read by Dean of Students J.J. Brown. “We have an army looking for her around the clock. Somebody, somewhere knows something.”

In light of the reported sexual assault and the ongoing efforts to locate Smith, the university is taking the following actions:

Doerr said that while the sexual assault investigation is in the early stages, there was no information to suggest that it is related to Anna Smith’s disappearance.

END_OF_DOCUMENT_TOKEN_TO_BE_REPLACED

If you don't see what you need on this page, or if you have ideas, questions or concerns regarding student life at Appalachian, you can submit them here. 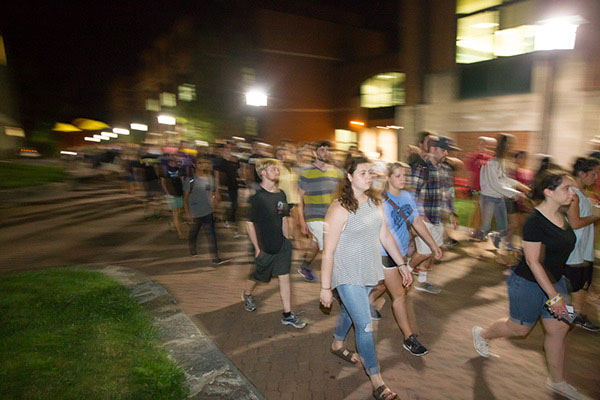 The Walk for Awareness is a silent walk through campus to commemorate lives lost to violence in our community, to support victims and survivors of violence and to affirm our commitment and responsibility to speak out against violence in all its forms. 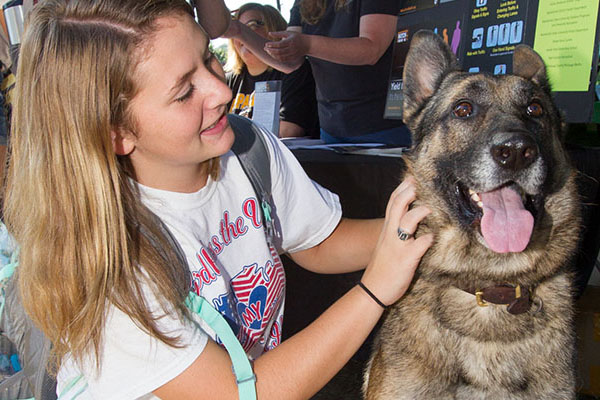 The primary purpose of Health, Wellness and Safety Week is to highlight campus resources available to Appalachian State University students.